Today is for my Daughter and Yours 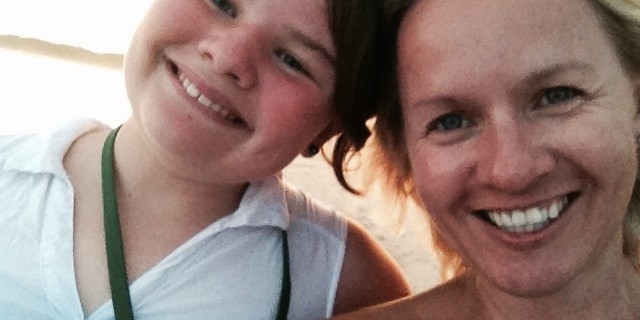 Today is for my Daughter and Yours

Today I am representing the generations of women and girls today and tomorrow who I want to see live and work in a world where there is no bias and discrimination and true equality. I want this for my daughter, your daughters, sisters, nieces, grand daughters and all the women and girls of the world. They are our future. We need to pave the way and lead by example.

Although we should recognise the extraordinary achievements of women every day, International Women’s Day is a chance for us to all get together to celebrate the economic, social, cultural and political achievements of women across the world. Today, March 8, also marks a call to action for accelerating and raising awareness about women's equality, lobbying for accelerated gender parity and fundraising for female-focused charities.

It’s hard to believe how far we have come in terms of equality since the first International Women's Day gathering in 1911. But there is still work to be done to break down the barriers around gender equality and achieve gender parity. There are still many countries around the world where women are still seen as second-class citizens who don’t need to get an education or aren’t allowed to speak out about their treatment. According to International Women’s Day website, gender parity will not be attained for almost a century.

Three central beliefs underpin and guide the purpose and provisions of the International Women's Day website:

·     strategic collaborations based on a foundation of shared purpose, trust and appreciation can impact positive change for women

This year’s campaign theme for International Women’s Day is #BreaktheBias. Bias makes it difficult for women to move ahead, whether deliberate or unconscious. Urgent Action is needed to break the bias and level the playing field, as simply knowing that bias exists isn't enough. There are many ways organisations, individuals and businesses can go about celebrating and marking International Women’s Day – including hosting an event, launching an initiative, running a campaign, reporting on an achievement or donating to a female-focused charity.

We are still seeing poor treatment of women in the workplace whether they are experiencing sexual harassment, being paid less than their male coworkers, not given equal treatment or being looked down upon because they have returned from maternity leave after having a new baby.

The Australian Bureau of Statistics (ABS) released new analysis of Personal Safety Survey (PSS) data last year, exploring experiences of sexual harassment in Australia in further detail. According to the 2016 PSS, an estimated 5 million women (53 per cent) and 2.2 million men (25 per cent) aged 18 years and over have experienced at least one incident of sexual harassment in their lifetime.

To celebrate International Women’s Day, here is a list of remarkable women who have helped raise awareness around women’s issues.

“I never, ever grew up as a young woman believing that my gender would stand in the way of doing anything I wanted.”

Leading a country is hard enough—but try doing it as a new mother. Jacinda Ardern was the world’s youngest female head of state when she was elected Prime Minister of New Zealand in 2017 at age 37. Less than a year into her term, she gave birth to her first daughter, and has since even given major speeches with her daughter on her lap. She has thoroughly transformed public assumptions about women in leadership.

“We realize the importance of our voice when we are silenced.”

At age eleven, Malala Yousafzai was already advocating for the rights of women and girls and has since become an international symbol for the education of girls. She survived being shot by the Taliban, yet she continued her activism and founded the Malala Fund with her father. By age seventeen, Yousafzai became the youngest person to receive the Nobel Peace Prize for her work.

“We do not have to become heroes overnight. Just a step at a time, meeting each thing that comes up, seeing it as not as dreadful as it appears, discovering that we have the strength to stare it down.”

In her time, Eleanor Roosevelt was one of the world’s most widely admired and powerful women. She was the wife of Franklin D. Roosevelt, American first lady from 1933 to 1945, a United Nations diplomat and humanitarian, as well as working with Red Cross during World War I and was the first first lady to write a newspaper column.

“As women gain rights, families flourish, and so do societies. That connection is built on a simple truth: Whenever you include a group that's been excluded, you benefit everyone. And when you're working globally to include women and girls, who are half of every population, you're working to benefit all members of every community. Gender equity lifts everyone. Women's rights and society's health and wealth rise together.”

Melinda Gates is a philanthropist, businesswoman, and global advocate for women and girls. As co-chair of the Bill & Melinda Gates Foundation, she shapes and approves the foundation’s strategies. She works with grantees and partners to further the foundation’s goal of improving equity in the United States and around the world.

Grace Tame was named Australian of the Year 2021. She is an advocate for survivors of sexual assault and uses her voice to push for legal reform and raise public awareness about the impacts of sexual violence.

How will you be celebrating International Women’s Day?

Sonia McDonald is changing the face of leadership across the globe. She believes we should lead with kindness and courage, from the heart, and is known for her mantra ‘Just Lead’. She leads by example in all these areas and through her transformational coaching, leadership training programs and cultural transformation for organisations and encourages others to do the same. Sonia has helped thousands of people on their leadership journey to become the best version of themselves and in turn, inspire and bring out the best in others.

Sonia is a founder and CEO of McDonald Inc., LeadershipHQ and Global Outstanding Leadership Awards and the newly launched Courage Conference. For more than 25 years, Sonia has been on the front lines of leadership and she is beyond committed to her mission around building a world of great leaders.

She has held leadership positions worldwide and through experience, research and study come to realise what it takes to be a truly great leader. She has been recognised by Richtopia as One of the Top 250 Influential Women across the Globe and Top 100 Australian Entrepreneurs.

Sonia has an ability to speak bravely and authentically about her own development as a leader, personal and career challenges in a way which resonates with her audience. She is a leading coach, an award-winning published author of newly released First Comes Courage, Leadership Attitude and Just Rock It! and has become an in-demand keynote speaker on leadership, kindness and courage.

Sonia has become recognised for her commentary around the topic of leadership, kindness, empathy and courage as well as building outstanding leadership across the Globe.

Have the Courage to Value and be Kind to Yourself
May 1, 2022