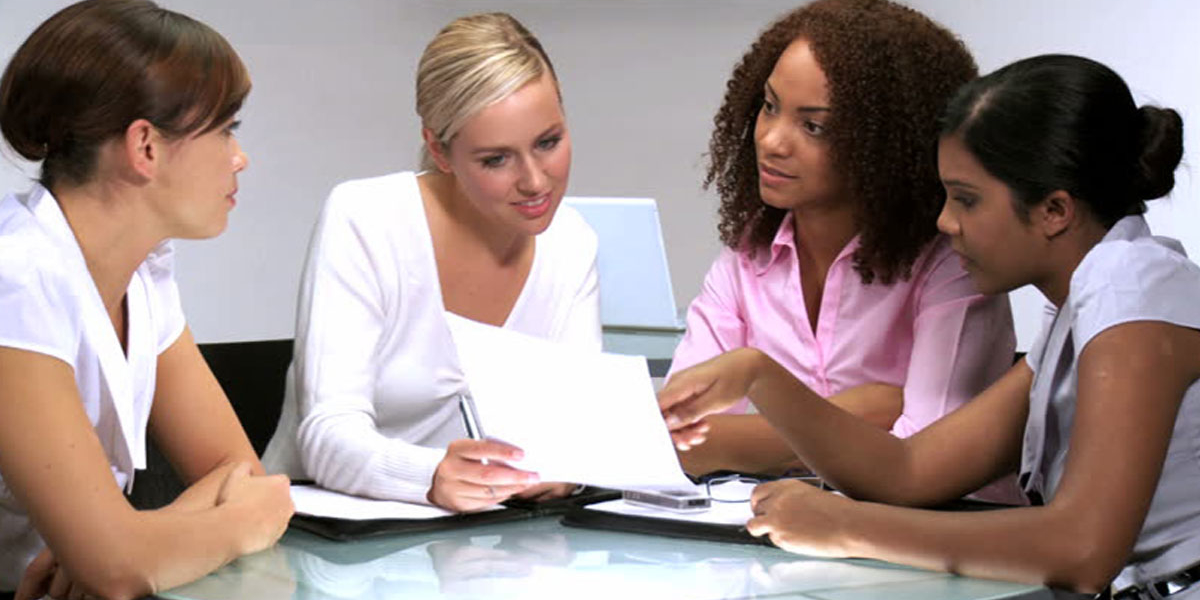 Keep in mind that Courageous Conversations don’t mean being blunt or rude; if you are too negative and don’t communicate effectively, then you’re going to make the other person defensive. In turn your time and effort will have been wasted because they won’t be receptive to what you’re saying.

Many people, leaders and team members alike, don’t use performance reviews to their full effect for performance management. These are valuable tools for improving performance, so you need to be brave enough to discuss and consider all aspects of a team member’s performance with them when planning how to improve it. If you’re too worried about upsetting them and causing conflict, then you’re only scratching the surface and doing the employee and yourself a huge disservice.

Like performance management, having to give negative feedback to a person isn’t something anyone really wants to do, but a great leader understands the necessity of giving performance feedback in order to help a team member (and therefore the team and company as a whole) grow and improve.   I use a technique called Advocacy and Inquiry  – watch here.

This a newer type of feedback opportunity, and differs from ‘regular’ feedback in that feedback is given from more than just one source; instead of just the person’s direct manager or supervisor giving an evaluation, it is from all parts of a company. This gives team members the chance to see how others around them view their work, giving fresh perspective and understanding. That’s why it’s essential that you have the courage to be honest when asked to take part in 360-Degree Feedback at your workplace.

When you want to provide a team member with coaching, finding the courage to broach the subject can be tough. After all, you don’t want to offend them and make them think that you don’t find their performance acceptable when in actuality you want to help them grow professionally. Phrasing the conversation in a positive way will help your staff member see that you only have their best interests in mind when discussing coaching for their growth.

Asking for a pay rise

Sometimes our wages don’t always reflect our skills or level of responsibility within an organisation, especially as we rise through the ranks. If you’ve been researching and comparing salaries of others in similar positions to yours (taken with a grain of salt, of course) and think you’re not being paid what you’re worth, nothing will change if you don’t be brave and speak up. Sometimes we have to directly ask for what we deserve, and you shouldn’t feel embarrassed about doing so.

Saying ‘no’ to someone

There are a lot of people who take on too much work and find themselves overwhelmed because they’re afraid of saying ‘no’ to any requests asked of them. Whether it’s because they don’t want to upset or offend the person asking, they don’t want to appear like they can’t handle things or worry that they’ll be passed over for other requests or opportunities in the future, the fact is that there are ways to say ‘no’ – and you need to say ‘no’ sometimes for your own wellbeing. When you explain your reasons for not accepting a task, be sure to phrase them in a positive way and you’ll often end up getting respected for knowing your limits.

The easiest way to get over the fear of doing something is to just do it, and you’ll find it gets easier every time from then on. Leaders need to be able to have effective Courageous Conversations to better themselves, their team and their organisation.

If you want to start becoming a more courageous leader, learn more about my Courageous Leadership Course and Program!

Also sign up to my Sunday Sessions where each week you will get the greatest articles, blogs and news straight to your inbox every SUNDAY! What a great way to start the week.

Sonia McDonald believes we should lead with kindness, from the heart, doing rather than telling and is known for her mantra ‘Just lead’. She leads by example in all these areas and through her one on one practical coaching, leadership training for teams and organizations encourages others to do the same. Sonia has helped hundreds of people on their leadership journey to become the best version of themselves and in turn, inspire and bring out the best in others.

For more than 25 years, Sonia has been on the front lines of HR. She has held leadership positions worldwide and through experience, research and study come to realize what it takes to be a truly great leader.

Sonia has an ability to speak bravely and authentically about her own development as a leader, personal and career challenges in a way which resonates with her audience. She is recognized as a LinkedIn influencer and has become an in-demand keynote speaker, starts important conversations.

Sonia will give you peace of mind when booking a speaker. She is a proven world-class professional speaker with the skills to “rock an audience”. Her energy, empathy, kindness, sensitivity, and humor will enhance any event she appears.