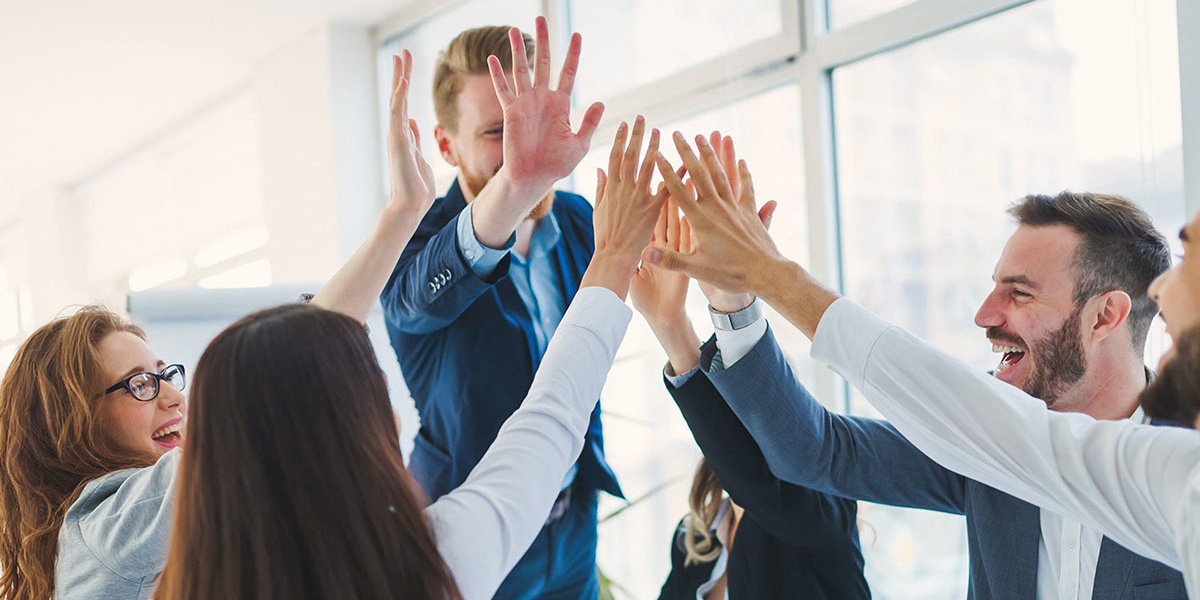 What’s the secret to improving your teams’ motivation and performance? You’ve probably asked yourself this plenty of times when measures that you’ve put in place haven’t been as effective as you’d hoped. You have great incentives in place for your team, you’ve streamlined your processes and procedures to make things as efficient as possible, but you’re still not getting their best.

Gallup conducted a 142 country study on the State of the Global Workplace, and found the following shocking statistics:

So how do you get your employees engaged, motivated and working hard? Something that you have to earn – trust.

Without trust, your team won’t be working to the best of their ability. If they can’t trust in their leaders, why should they put in more than the minimum amount of effort?

Author and professor of economic sciences, psychology, and management at Claremont Graduate University, Paul J. Zak, measured oxytocin levels and brain activity as people worked, over eight years. Oxytocin is the hormone that affects parts of our interaction and behaviours including trust. His research showed that trust within an organisation is absolutely vital to performance, and also that there are eight ways to quantify and boost trust within a workplace. Luckily for us, Zak made these into an acronym – OXYTOCIN – so it’s easy to remember.

Let’s take a look at what OXYTOCIN stands for

Positive reinforcement (like rewards and recognition) has been shown to trigger the release of dopamine in the brain. Dopamine is linked to motivation and effort, so it’s important to recognise and reward your team for great performance because then they’ll want to continue working to that high standard. Nobody likes working hard without that effort being acknowledged.

Expectations need to be set and made clear, so employees know what they’re working towards. Make sure that your team knows they’re part of the big picture, and explain just how they are. When you get your team involved in the mission, knowing that they are directly influencing the success of that mission and your organisation boosts their motivation and commitment to meeting and excelling at their goals and your expectations.

Micromanaging gets you nowhere; as a leader you must be able to effectively make decisions and delegate tasks. Foster a safe environment of learning – mistakes aren’t the end of the world, just make sure to learn from them – and your team members will thrive when given more responsibility, and work more autonomously knowing they won’t be punished for mistakes. They will feel motivated and empowered from being trusted to do important tasks.

Transfer refers to enabling your team to ‘job-craft’ – make their job their own, and make their own decisions about how they define success.

Research undertaken by the University of Michigan showed that allowing employees to job-craft resulted in higher levels of job fulfilment and engagement. This means less staff turnover as well.

Being transparent and open with information relating to your organisation builds trust with your team because it shows that you’re being honest with them. You’d be surprised how much time and effort is taken up when your team is wondering what’s going on, so be sure to practice openness when communicating with your team.

Team members appreciate being told what’s going on, even if it’s not always good news since it gives them a chance to voice their opinions and give their input. When employees feel heard, they also feel valued and so want to return the favour and work harder.

We have launched our NEW Performance Team Coaching Program – find out more HERE!

During his research, Zak saw a variety of studies that showed how important relationships (including friendships) are on retention, productivity, health and overall job satisfaction. Encourage relationship building amongst your team by providing plenty of team-building opportunities such as collaboration between departments, and making sure to reward great teamwork.

If your organisation isn’t getting across how important workplace relationships can be, then your team won’t be trying too hard to build their networks.

Invest in your team; provide them with training and opportunities for reward and advancement, and you’ll see a big improvement in their engagement. Your team will also trust you more, as they see how much you value them by choosing to invest in them. Feeling valued like this is a great motivator for employees to do their best.

The best leaders aren’t afraid to be vulnerable; being authentic and natural shows your employees that you’re human too and that they don’t have to be perfect because you aren’t either. When your team can relate to you, they’re inspired to be more open and honest as well. This allows them to ask for help sooner, instead of fearing being reprimanded, which means time isn’t wasted and work can be carried out more competently and efficiently.

Trust isn’t exactly something you can measure, but it’s a huge part of getting your team to consistently perform at their best. What Zak found from his research is that when you have people working for organisations that have an emphasis on trust, they are 76% more engaged, 50% more productive, and 50% more likely to stay in that organisation. You can’t argue with those results!

If you’re a leader who wants to step up your game and start encouraging a culture of trust in your workplace using resources backed by extensive research and with proven results, check out our Leadership Attitude Academy here, or book a coaching session here.