10 Key Revelations from the Diversity Debates 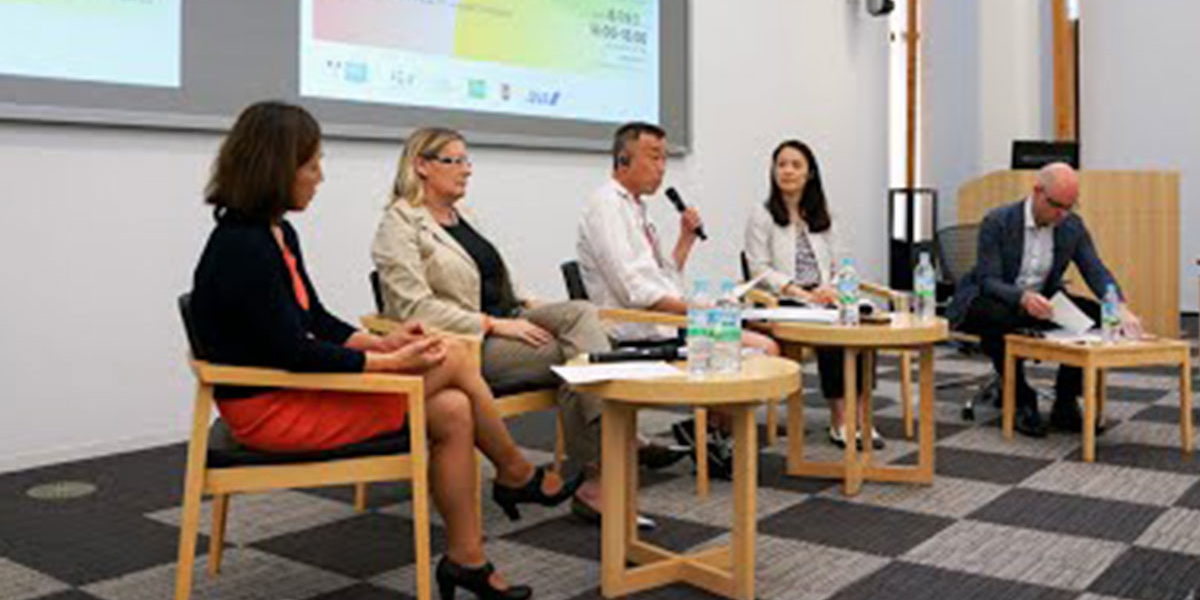 Leadership HQ’s recent Diversity Debates Dinners in Sydney and Melbourne were exciting and thought-provoking. The panel of speakers included Laurice Temple, Amanda Rose, Nicola Mills and Fiona Vines, Chris Lamb, Barry Borzillo, Neil Dalrymple and Peter Birtles.
These high profile CEOs and industry experts were able to share their observations and experiences in the diversity and inclusion areas, and explain what worked for them and what didn?t.One of the first questions often asked is how do we know that there is an issue with diversity and inclusion. Let?s just take a look at some of the statistics the panel shared.

Gender:
15% of women in Australia are the main bread winner for their family
Women earn up to 36% less than men
1/3 of women will retire with no Super
Women represent over 40% of the world?s labour force but only control a ¼ of the world?s wealth
The overall imbalance is evident.

So how do we change this? This is where the debates became really interesting. These are 10 of the key revelations made during the debates.

Peter Birtles believes that we need to start with inclusion. We need to look at the underlying culture in our organisations and, to some extent, in our communities. Our workplaces are a reflection of our beliefs and accepted customs. Until those change, our workplaces will remain static. Peter has been a strong advocate in this space as a male champion of change and Super Retail Group are leading the way around strategies that focus on flexibility for all, building their pipeline of female leaders and their capability and confidence as well as setting a target of 40% women in management roles by 2019. In turn they are focused on how they present themselves to the market and their EVP on attracting the best talent.

Amanda Rose says that about RESPECT and treating people they way you want to be treated. It is important to hire people who are aligned to your values and mission. She believes in each person being responsible for leading the way in breaking down barriers whilst also needing to be equipped with the right tools to ‘survive’ in today’s environment. The reality is there will always be bias for a range of issues. These barriers will always exist. Furthermore, people block people. This is a reality and one that needs to be accepted. It isn’t just men blocking women.

Chris Lamb believes that companies that are not diverse die. He talked about a great example of Kodak. In addition to men supporting women, women also need to support women. There are many different pressures placed on women both at home and in the workplace, and that requires the unique support that sometimes only another woman can give. We also need a clear strategy in place to drive any cultural change. In turn, flexibility is fundamental in how we manage our workplaces and we need a strategy to drive the culture to make that work.

Nicola Mills made an interesting observation. She said that conversations happening in society at the moment are vital. She referred to the Adam Goodes booing incident, and the possible racism that drove it. More conversations like this will help reflect just how ignorant we truly are. It?s conversations that bring out the feelings and beliefs behind the actions, and once we see those, we can start working with them. To change attitudes, we need to have honest and authentic conversations. They might not be pretty but they are certainly necessary for change to happen.

Barry Borzillo’s strategy is to develop the best people he can find. He works with graduates but so far, only 11% graduates are women. He believes that diversity leads to better outcomes for a business and its people, so every female that he can guide and mentor is one step closer to that ideal state.

Neil Dalrymple commented that diversity and inclusion is a very big issue in sport at the moment, with many non-English speaking players and supporters passionately involved. He believes that diversity and inclusion needs to be built into the strategic plan, and that the right board needs to be driving it. It is then part of the daily business focus rather than a separate activity.

Fiona Vines made one of the most important points of the night. She says diversity means innovation of thought, access to the best talent, establishing personal connection and being passionate about fairness. Her strategy is to win hearts and minds, shine light on darker places like recruitment, get across and understand the data around diversity and inclusion, and to hold leaders accountable. Change is not easy, but she believes that by seeing the people behind the statistics, we can put a human face on diversity and inclusion, and that this will help the changes be accepted in the workplace.

Laurice Temple pointed out that we can?t get the best out of people if they don?t feel included. Neuroscience shows us that when we perceive a lack of fairness, the brain reacts with a threat response, causing us to dissociate with the situation. We need to restore balance to the workplace, we can?t do that properly without including men in the conversation. The National Association of Women in Construction (NAWIC) realised that and is changing their constitution to have members vote on having a skills based board, which of course would include men. Once people understand why diversity and inclusion is so vital to our workplace happiness and success, they become more willing participants in change.

An issue which divided the panel and the audience was around quotas vs targets. There are those who are against the idea of filling positions just to reach a set number, but there are also people who believe that a target does not make it imperative to achieve balance. A quota says “you have to”, a targets says “you aim to”. Quotas are mandated and have penalties involved in the event of non-compliance. Targets do not. To illustrate the point, Fiona Vines pointed out that only 9 out of 18 Government boards have met their target in regards to gender balance.
I decided to end the debates with some clear messages around how we can be the change. We are all leaders in the room, and it the small things we can do that can create the ripple effect needed to bring about powerful change. It might not happen in our lifetime, but it about what we can do for future generations.

While a lot of the conversation revolves around gender diversity, the principles apply to all forms of diversity and inclusion, and it?s important that the debates looks beyond the issue of gender.
The Diversity Debates Dinners are doing their part to open up the conversation around diversity and inclusion but we would love to know your thoughts on the topic. Also a huge thank you to our sponsors Revelian and Reagent.

Stay tuned for the outcomes, thoughts and actions from the leaders in the room. LeadershipHQ are also launching our LED – Leaders Engaging Diversity event at Griffith University to keep the conversations going as well as an amazing online blended learning platform in Leadership and Inclusion – stay tuned!

Please leave a comment below and tell us what you think is working and what has to change.